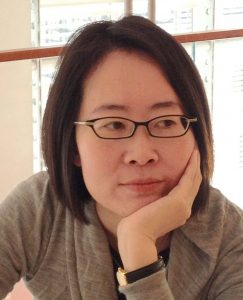 Those of you who write columns for a living know what I’m talking about. This is one of those days when I’m not sure what to write. It’s not that I lack subject matter. The options are almost endless, and I don’t have the inclination or space to cover everything in one column.

Let’s begin four days ago. I received an email from Iris Chyi, Ph.D, faculty member at The University of Texas School of Journalism and author of “Trial and Error: U.S. Newspapers’ Digital Struggles toward Inferiority.”

Dr. Chyi and I have corresponded over the past few years, primarily comparing notes on studies we’ve conducted concerning the health of newspapers. She and her colleagues in Texas take a close look at what’s going on in the metro newspaper world while I tend to spend more time conducting research among non-metro newspapers, although we share an interest in newspapers of all types and sizes.

Her latest research, based on numbers from 2007 through 2015, covers 51 major metro newspaper in the United States. In her email, she summed up the results when she wrote, “In-market online readership has shown little or no growth since 2007, and more than half of them have seen a decline since 2011.”

So when I read a story about the Toronto Star, which just made a (New Orleans) Times-Picayune style announcement that the newspaper will be reallocating resources toward the digital workspace, I say, “Good luck with that.”

Then, there’s the John Oliver video story. You’ve surely seen this video many times by now. Like most journalists I’ve heard from concerning the video, my immediate response was, “Yes! Someone outside the newspaper world finally gets it.”

I’ve only had time to watch the 20-minute video twice, so forgive me if I’ve left out something important, but it seems to me John had three main points: 1) We need newspapers. They’re the only source of real journalism left. 2) The revenue model for newspapers isn’t working for the big metros any longer. 3) Moving resources and energy to digital (including a concern for “clicks” over “news”) has not been, and is not, the answer.

Folks actually wrote to me after watching the video and said they had just subscribed to their local newspapers after seeing it. To me, it seemed like the type of good publicity our industry needs.

All of this brings me to the third topic of the day: David Chavern, CEO of Newspaper Association of America (not to be confused with National Newspaper Association), being ticked off at Oliver over the video. He had some pretty harsh words for Oliver – Google “NAA” and “John Oliver” to read the details – and the public response to his criticism was both quick and pointed.

On a side note, 15 years ago I was the director of communications for a very large organization. One of my jobs was to make sure 1,200 spokespersons, located in different cities, kept from saying the wrong things in front of cameras.

When Chavern wrote a post Monday on the NAA website, accusing Oliver of “petty insults and stating the obvious,” he set off a flurry of negative responses to his own statement on social media. Someone should have stopped him. Obviously, no one did.

I’ve noticed something that isn’t exclusive to the journalism world. Earlier in the year, while watching presidential debates, I would look at the screen and say, “Do none of these people have communication directors?”

More than likely, they all did. My guess is some of those communications directors told their employers they shouldn’t say certain things, and others were scared to suggest they knew better than their bosses.

The response to John Oliver’s video was overwhelming. Hundreds of journalists wrote or sent links to the video to me before I had any idea what they were talking about.

A manager at one of the big papers in New York wrote, asking me to write to John Oliver and explain not every newspaper operates the same way. He asked me to share the data I had collected, showing community publishers are having really good years and print hasn’t been forgotten in the vast majority of newspapers across North America.

For too long, I’m afraid, voices that should have been heard in journalism have stayed quiet in fear of making their stockholders, publishers, deans, clients or whoever angry.

John Oliver was one voice, expressing thoughts shared by thousands of journalists around the world. Sure, he didn’t tell the complete story. That wasn’t his goal. Using humor, he suggested that it’s time to take our responsibilities as journalists and readers seriously. Because, as he so skillfully shared, good journalism is badly needed, and newspapers are the core of good journalism.

I’ve been writing columns aimed at journalists for 22 years. When I write one like this, my first thought is often, “I wonder who I will make mad this time.”

Fortunately it seems, my views are usually shared by many others and, like most journalists, I take that responsibility seriously. I appreciate the work of Dr. Chyi because it’s not the type of research that lends itself to huge grants from digital companies and foundations. They go more for the shiny stuff. It’s important, however, to be reminded of what is real, and folks like Dr. Chyi and John Oliver did that in August.

For more information, email us at:
support@newspaperacademy.com